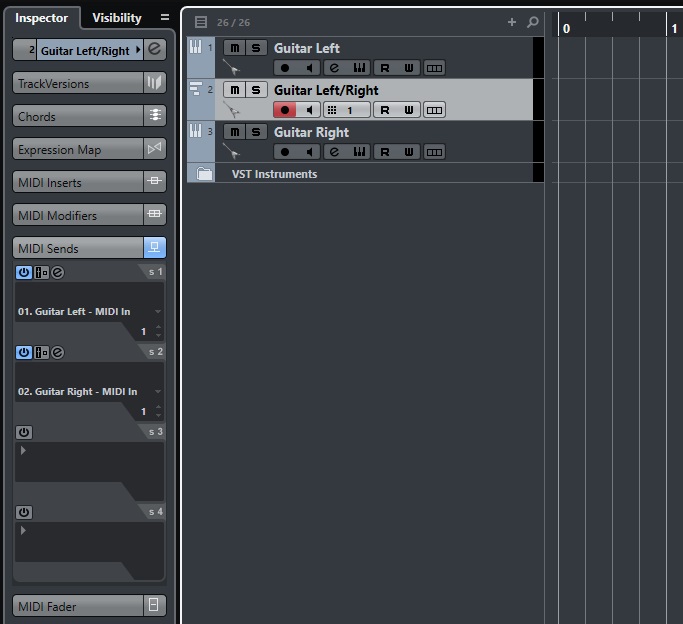 You can even insert a MIDI effect before the send. E.g., you could use a MIDI modifier so that one of the instruments would play the part transposed by an octave.

Note that MIDI insert effects in the destination tracks will not be effective for the sent MIDI data.

The advantage of the method described here over shared copies is that you have a better visual indication of which parts are in unison and which are not.

The disadvantage is that there is the overhead of one more track. Possibly, there is also the disadvantage of using MIDI sends at all, because I have experienced Cubase sometimes unexpectedly disconnecting them. This is or was obviously a bug, but I cannot reliably reproduce it.